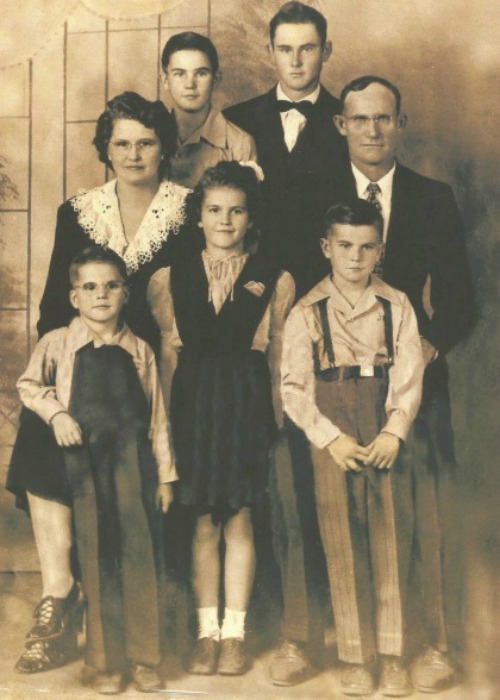 My Uncle Morrice Dean - we always say the Dean - was 10 years old when mama and daddy married. He was 11 when I was born and still young enough to get a kick out of pushing a giggling toddler around and around the house in a plain ole' cardboard box. Mama was only 16 when she married and left Oklahoma City to make her home with my daddy in Arkansas. Although she was welcomed by her new family, she was frequently homesick and would send for her baby brother to stay a few weeks with her. Clockwise from the top: Tallest is My Uncle Bob, My Grandpa, My Uncle Toby, My Mama Virginia, My Uncle Morrice Dean, My Grandma, My Uncle Ted. Morrice Dean was pretty much informally adopted by daddy's family and was a frequent visitor at the Middleton family home. He and Uncle Paul became great friends. He is most remembered by his always present glasses, wide smile, and free and easy disposition. Mama, Morrice and Paul (Paul says Mama's knees in his back really hurt) With G
1 comment
Read more 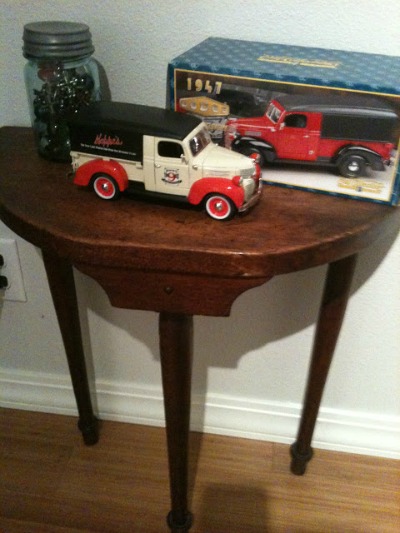 After only seven short years, our new house no longer has the minimalist decor I swore it would always have. Although I fully intend to have garage sales this summer to clear out the clutter, some things I will always keep. The saying is, "I wouldn't take a million dollars for it." That is how I feel about this small handmade table I believe my grandpa made. As I am now an orphan with only younger siblings, I have no way to authenticate this sweet table's history. But just in case, it is not for sale. Table Made by Grandpa G Although this pretty print in an original frame is not the same one Grandma had at the farm, it is still precious to me. I must have been seven or eight years old when Grandma gently explained the meaning of the picture. She said Jesus sent an angel to watch over the two children as they crossed the broken bridge. I think she wanted me to also notice how the older sister was helping her little brother in hopes I would be kinder t
1 comment
Read more 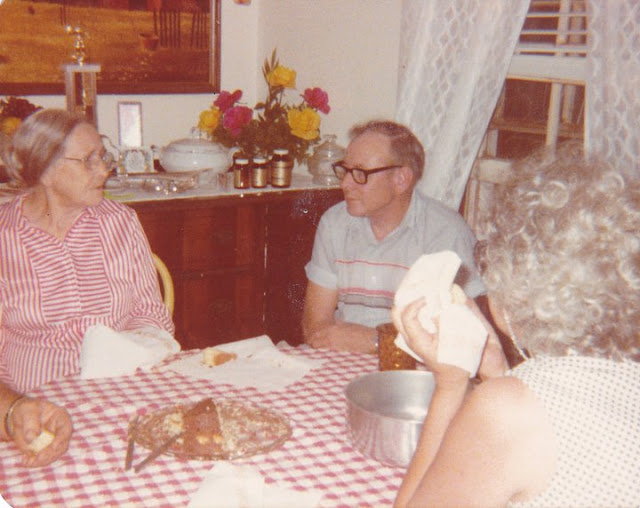 Grandma Middleton almost wasn't my grandma. The story she told me was that she was born a twin. She was named Dena while her sister's name was Gina. Gina died at birth and as grandma's daddy was going to town to bury the tiny baby, he was told to hurry back as the other one would die before he returned. He intended to buy a goat to milk for grandma but while in town someone told him to feed her Eagle Brand sweetened condensed milk. He did and grandma survived to marry and bear nine children. My grandparent's first child was born in 1926. She was my Aunt Inez. Grandma said when they were staying in Tulsa, she was so afraid someone would steal her baby, she pinned Inez's nightgown to her own. My daddy was the second born child. Grandma, Daddy, and Aunt Inez Grandma raised her younger children during the Great Depression. Daddy said they never had much but they never felt poor.  Grandpa worked hard, grandma grew what they ate, and they made do with what
1 comment
Read more 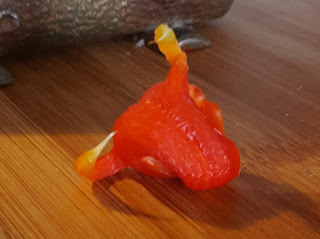 It is just me and The Man today. Portent of things to come, I guess. We are binge watching NCIS as I scroll through all of my Facebook friends' Christmas posts and photographs. I wonder why we did not take more pictures of our Christmas celebration? The only picture I have of our food is this "thing" Laura found inside of a pepper she cut for her vegetable platter. Kinda' looks like a bull's head doesn't it? More than once this year, I had to get Don to lift a heavy pan or pot from the oven or stove. I've become a weakling in my old age. I also let the potatoes boil dry and nearly scorched my pan twice. Now that is something not many can say they accomplished. Dinner was ready to eat just as everyone arrived. We had plenty to eat without much waste. I wrestled an hour with that fatty ol' shank ham before I got the bone out to season my New Year's Eve black eyed peas. Although I don't think any of us spent much on gifts, they were
1 comment
Read more 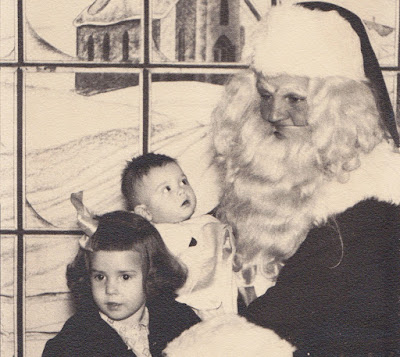 This time of year I start remembering Christmas holidays from when I was a kid. Things like the smell of a new vinyl doll on Christmas morning. One of my favorite Christmas memories is of the year my Grandma bought me twin boy and girl dolls for Christmas. They didn't have lifelike hair but they came complete with full wardrobes that she had made. It snowed that Christmas and I dressed and undressed those dolls all day long. I remember not wanting my two year old brother to play with them. That was the year Daddy was working in Oklahoma and I went to first grade for part of the winter. That was also the year I told my teacher Daddy didn't have money to buy me a new coat. Someone at the school bought me a beautiful red one. Mama and Daddy took it back and told them they had just been waiting to go to the city to buy me one. I have no recollection of the one they bought but still remember that pretty red coat. I remember Daddy telling me to step in his tracks through t
1 comment
Read more Last month we had a steam locomotive watch party in our back yard when Union Pacific's 'Living Legend' No. 844 made its trek from Tennessee back to Wyoming. While it did not stop behind our house, the engineer did blow the whistle long and loud. My cousin Rob took this fabulous photograph as the steam engine rounded the curve by our house.  We had a perfect view and an even more perfect get together with about twenty of our friends and family awaiting the train's arrival.
Post a Comment
Read more 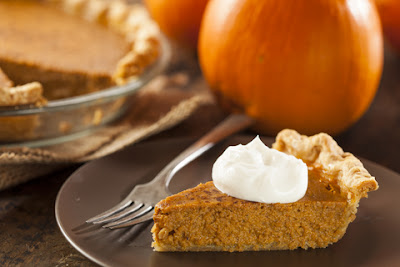 After becoming quite disillusioned with Facebook, I am returning to blogging. I am looking forward to reading and writing about quiet everyday matters. I plan to resume dropping in on my favorite blogs to see how you all are doing. My life is still hectic as I am working full time. I have worked the last 14 years with the state of Arkansas in the In Home Services nursing program. On August 1, 2016 we were bought out by a large home health agency. It was a traumatic event. I am sure I will rant about this later. For now, I am looking forward to Thanksgiving Day. Our children and grandchildren have scattered and we will be having a quiet Thanksgiving Day with just my mother in law with us. She has developed Alzheimer's since my last post. A cruel and heartbreaking disease. We will talk about this later as well. It is late and I need to go to bed so I can go to work tomorrow. Good Night All.
Post a Comment
Read more
More posts